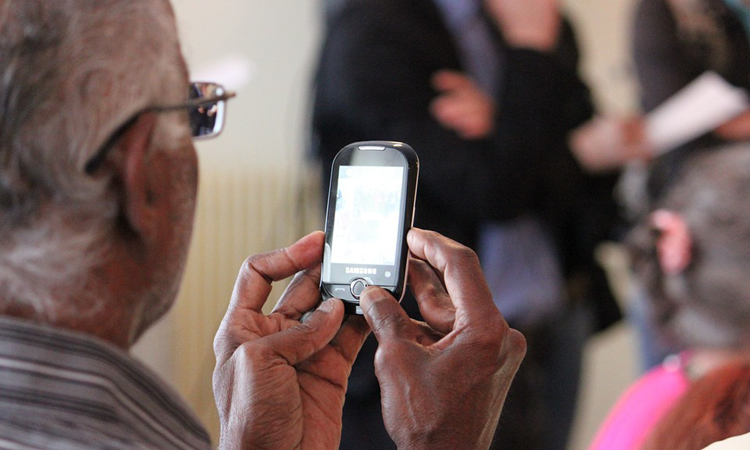 Even in this age of Internet-based communication, phones – especially mobile phones – are still a common way for people to keep in touch with family, friends, and whomever else they need to contact. This is especially true among senior citizens; according to a Pew Research Center study conducted at the end of 2016, about 80% of all Americans over the age of 65 own a cell phone of some description. And over 40% of them own “smartphones” – powered mainly by the Google Android or Apple iOS operating systems – which is roughly double the proportion that did so in 2013.

Still, digital technology is changing so fast that the idea among the elderly that new tech is too complicated for them is a tough one to discard. That’s why getting the best cell phone for seniors means looking for one with the right features geared towards ease of use. So, in this article, we’ll outline and compare five cell phones that are commonly recommended to older adults by tech experts.

We’ll also include a few bonus tips that you can use to make virtually any smartphone easier to use. And, of course, if you have your heart set on a phone that we’ve mentioned, we’ve included links to buy each of them from Amazon.com. If you’re new to shopping on Amazon, visit our Amazon course to get up to speed! 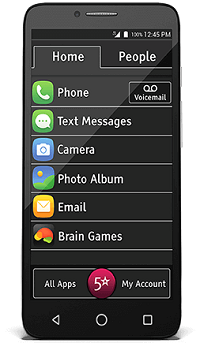 Made by GreatCall, a leading company in senior-accessible technology and communication, the Jitterbug Smart is far and away the best smartphone for seniors. It has a large 5.5-inch display and pretty good battery life, and runs a modified version of Android that arranges apps and contacts into simple lists. It’s also really affordable for a smartphone! Its main downsides are that it doesn’t have much memory storage space, and that its cameras aren’t that powerful, when compared to other cutting-edge smartphones.

Most helpful features for seniors: Hearing aid compatibility and an enhanced speakerphone make sure you can hear calls. It also has 5Star Urgent Response, a one-touch gateway to emergency contacts, medication reminders, and other apps for managing your health (although some of these services may cost extra money). 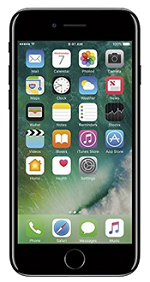 iPhones are often recommended for people who are new to smartphones, and the iPhone 7 is a shining example of why. It’s large and easy to handle, has a simple interface, is compatible with hearing aids, and is water-resistant. It also has loads of memory storage space, as well as some of the best cameras you can find in comparable smartphones. Unfortunately, being made by Apple, it’s also one of the priciest options. Depending on what model you get, the screen may be a bit small, too.

Most helpful features for seniors: The touch-ID senor helps you log into the phone or your apps without needing to type things in. Also, the VoiceOver feature lets you have the iPhone narrate on-screen text by simply touching the screen! 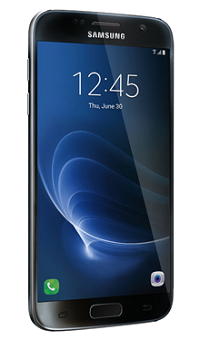 Though iPhones tend to have a reputation for being easier to use than smartphones that run Android, Samsung’s Galaxy S7 is one of the more accessible Android smartphones. It has excellent battery life, as well as a ton of memory storage space for whatever you want to put on it – pictures, videos, apps, notes, and more! It’s also water-resistant, so you don’t have to worry so much about taking it to the pool or the beach! Again, though, like the iPhone 7, it’s a high-tech machine made by a big-name brand, so it’s going to be rather expensive.

Most helpful features for seniors: The body design makes it easy to hold, and its large screen makes seeing the interface easy even for the sight-impaired. 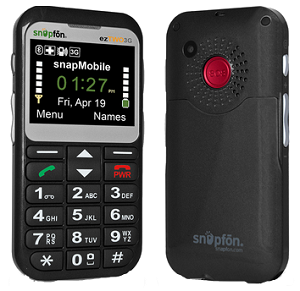 If you’re looking for a cell phone that goes all-out in terms of accessibility, while still being affordable, you’ve found it in the Snapfon ezTWO. Its high-contrast screen is easy to read, and its large keys make it a snap (no pun intended) to dial numbers or activate other functions. It also has an enhanced speakerphone, as well as compatibility with hearing aids. It’s pretty durable, to boot.

What holds it back is that all of its features take a toll on the battery, which doesn’t last all that long to begin with (3-5 hours). However, you can program it to send an alert to one or more contacts if the battery does run low. Oh, and its camera isn’t that great, either.

Most helpful feature(s) for seniors: The audio-assisted keypad calls out each number you dial, so you know whether or not you’re pressing the right button each time. There’s also an SOS button on the rear that can be programmed to alert up to 5 emergency contacts at once if you press and hold it.

If you don’t feel you want the cost or learning curve of a smartphone, the Jitterbug Flip is another excellent choice. It has large buttons and an easy-to-use interface that you can navigate by answering simple “yes or no” questions. It has some other handy features, too, such as a powerful flashlight and a camera that can double as a magnifying glass. Its battery life is decent, but not as good as that of its cousin, the Jitterbug Smart.

Most helpful feature(s) for seniors: The backlit keypad helps you find the right numbers to press, even in low-light and other poor-visibility conditions. And, like the Jitterbug Smart, it has optional 5Star Urgent Response features that let you alert emergency contacts or authorities with a single touch.

1. Download a third-party launcher app that increases accessibility for your smartphone.

If you have any kind of smartphone, an easy way to make it easier to use is to install a more accessible launcher app. Basically, what these do is re-arrange your smartphone’s interface so its main functions – like calling someone, taking a picture, or sending an email – are easier to find and directly perform.   Free examples include Help Launcher for Android phones and Launcher with Multiple Widgets for iOS devices. 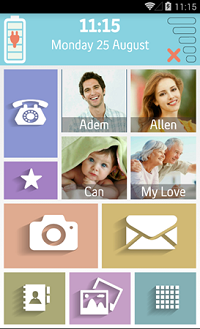 2. If you have any kind of Samsung smartphone, turn on “Easy Mode” for the TouchWiz touch interface.

We know we already recommended Samsung’s Galaxy S7 as one of the top phones for seniors. But there’s a way to make practically any Samsung smartphone – including the Galaxy S7 – even simpler to use: Easy Mode! Basically, it modifies your phone’s interface to de-clutter the extra functions and put the most basic ones front and center with bigger icons. It also sometimes lets you disable the advanced functions of some apps so you don’t get overwhelmed when trying to use them.

The process for enabling or disabling Easy Mode is pretty similar between Samsung devices, so we’ll show you what it looks like on the Galaxy S7 itself. Start by going to Settings (you may need to tap Apps to find it first). 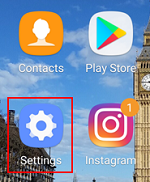 Next, tap the Display category. 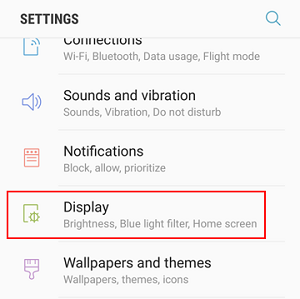 Scroll down until you find Easy Mode, which should tell you whether it’s enabled or disabled. Tap it. 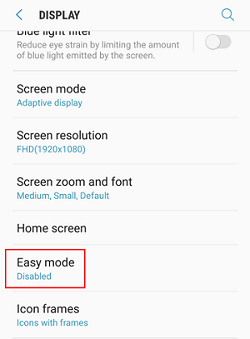 You can see a preview of what Easy Mode looks like below the buttons on the next screen: the time, weather, and main apps on the central screen; your contacts on the left screen, and any additional apps on the right screen. Tap the buttons beside “Easy Mode” or “Standard Mode” to select your display style, and then tap Done. 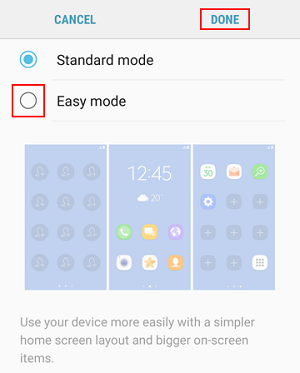 Voila! You now have a way to simplify how your Samsung smartphone works!

3. Ask about phones with built-in accessibility features, like an SOS button, large keys, or enhanced volume.

A big phone with a big display is a good start when it comes to picking a phone for older adults, but it’s not the only thing to consider. Ask about other accessibility features, such as voice commands, voice transcribing, text narration, and the ability to increase font/icon sizes or turn a simpler version of the user interface on or off.

Many modern smartphones will have these features, but some phones designed especially for the elderly will go the extra mile with features like hearing aid compatibility, louder-than-normal speakers, and audio-assisted keypads. Some will even have custom health-related apps or SOS functions! It never hurts to ask what a phone can do, especially when you need it most!

Anyway, we hope this guide helps you pick the right cell phone for you or an important senior in your life. If you end up getting an Android or iOS phone and want to learn the ropes, head over to our Android and iOS sections, respectively. We also have a whole section on digital literacy full of other resources to point those just starting out with digital technology in the right direction. Hope to hear from you soon! 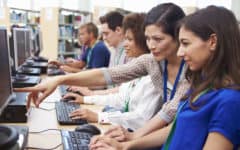 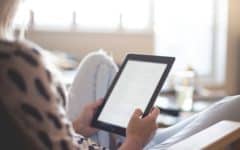 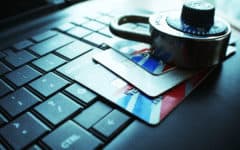 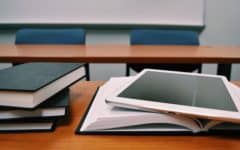 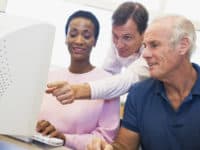 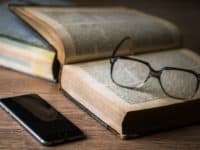 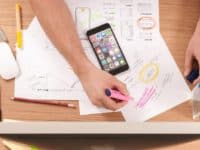 How to Create a Digital Literacy Curriculum in 7 Easy Steps 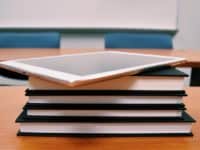 Digital Learning Day and How to Celebrate It