Okay, so we’ve introduced Google Hangouts and gone over its costs.  Now, it’s time to have a quick look at what makes Google Hangouts good or not, so you can decide whether to make it your new communication tool to hang out on online, or whether to just hang up on it.  Here’s our take.

As far as Internet communication apps go, Google Hangouts has a few things going for it.  First, it’s mostly free to use, and the parts that cost money are usually cheaper than most comparable services.  Second, it can be used on a number of different platforms, including mobile devices, the Gmail email client, many common web browsers, and your computer desktop (if you have the Google Chrome we browser).  And third, it’s an all-in-one solution, with text messaging, file sharing (including videos and pictures), video chat, and even phone calls to people who aren’t on Google Hangouts!

Google Hangouts has two big drawbacks, though.  The first is that it doesn’t seem to work exactly the same way depending on where you use it, so certain functions may be easier to use on the mobile device version versus the computer desktop version, and vice-versa.  The second is that it’s somewhat dependent on a bunch of other Google services; this is fine if you use stuff like Google Chrome, Gmail, and Google Voice regularly.  But if you don’t, Google Hangouts might seem to you like an online communication tool that has too many strings attached to using it.

Overall, whether or not Google Hangouts will be the right online communication tool for you depends on whether or not you like using other services from Google.  If you do, then Google Hangouts will fit naturally into your repertoire of Google-powered productivity tools.  If not, then you may want to look at some of the more stand-alone alternatives to Google Hangouts, so that you don’t have to deal with the hassle of going through a bunch of other services that you’ll rarely use just to get an effective all-in-one Internet communication app.

If you’d like to hang out with Google Hangouts for a while and see what you think of it based on your own experience, our next tutorial will show you how to download and install it for your mobile device or desktop computer. 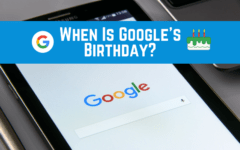 When is Google’s Birthday? – A Brief History of Google