In our What is the Internet article, we touched briefly on where the Internet came from.  But you may still be wondering: "Who exactly invented the Internet?  And when was the Internet invented?"  These questions are somewhat difficult to answer, because the Internet as we know it is the result of a coming-together of several different technologies that were developed by different people at different points in time.  This article will give you a brief overview of the important events and people that made the Internet what it is today.

One of the first people to think about a global computer network was J.C.R. Licklider, an American computer scientist working at the Advanced Research Projects Agency (A.R.P.A.) at the U.S. Department of Defense.  He had written papers in 1960 and 1962 about a worldwide connection of computers that would mimic modern libraries, allow for rapid information storage and retrieval, and perform other functions in harmony with humans.  The main problem that Licklider ran into, however, was how to connect computer systems without needing to have a different computer dedicated to connecting to each different point in the network.

The answer was a technology called "packet switching".  It allowed information to be split up along a network and move to where it needed to go independently, without needing a direct one-to-one connection.  Some early pioneers of this method of information transmission included Paul Baran, Donald Davies, and Leonard Kleinrock.

Meanwhile, after Licklider had left A.R.P.A. in 1964, two computer scientists named Robert Taylor and Larry Roberts decided to pick up where he left off.  Applying the technology of packet switching to Licklider's idea for a free-form computer network, they created the ARPANET.  Running using the "Request for Comments" protocol developed by Steve Crocker, ARPANET's first successful transmissions were made to the Stanford Research Institute on October of 1969.  ARPANET served as the technical blueprint for the modern Internet, and became the inspiration for several other independent packet-switching networks, such as X.25, the Merit Network, CYCLADES, and Usenet.

The emergence of several new packet-switching networks resulted in a new problem: they all used different protocols.  This meant that computers on a network could communicate with each other, but not with computers on any other network.  The solution, then, was to create a standard operating protocol that all networks would use.

This task was taken on by Robert E. Khan of A.R.P.A. and Vinton Cerf of Stanford University.  Building on the foundations of the CYCLADES network from France (designed by Hubert Zimmermann, Gerard LeLann, and Louis Pouzin), they created the specifications for a protocol that would make it the responsibility of computers themselves, rather than the network connections, to have the right credentials.  This would make it possible for any network to connect to another.

With the blueprints written in 1973-74, Transfer Control Protocol / Internet Protocol (TCP/IP) was put into practice in 1978, and was adopted in the early years of the 1980s.  By 1983, TCP/IP had become the standard network protocol for ARPANET.

Up until about the 1980s, ARPANET was restricted to military and academic uses.  That all changed when computer equipment companies and other American government branches began researching and setting up their own TCP/IP-based networks.  One of the key players in this regard was the National Science Foundation (N.S.F.), which created the Computer Science Network (CSNET) in 1981 and its successor, the NSFNET, in 1986.  The goal of the NSFNET was to connect the networks of American universities and colleges, not only with each other, but also with smaller regional education hubs.  At around the same time, the European Organization for Nuclear Research (C.E.R.N.) was undertaking the same types of activities in Europe, and expanding into the Pacific world.

In the late 1980s, the first commercial Internet service providers (ISPs) were formed.  Though they initially met stiff resistance from the scientific community, which was eager to preserve an Internet that was designed to cater to its needs, commercial ISPs gained acceptance throughout the 1990s.  This was aided by the 1992 Scientific and Advanced Technology Act, which allowed the N.S.F. to permit research and education institutions to connect to networks that were not necessarily dedicated to education or research.  The last barriers to commercial Internet usage fell with the shutdown of the two major proprietary networks, with ARPANET closing in 1990 and NSFNET closing in 1995.

And that's a quick version of how the Internet, in the form we recognize it to be in now, was formed! 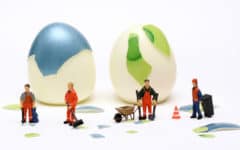 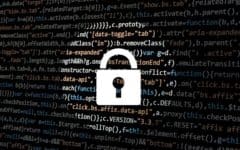 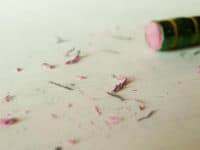 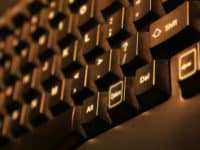