We’ve shown you how incredibly useful a tool Google Maps is, but you may be wondering: how does it do all of the amazing things that it does?  Here’s a quick overview of how some of the different aspects of Google Maps work.

How does Google Maps collect its imagery?

Google, the company that made Google Maps, doesn’t usually gather all of its mapping information by itself.  Some of this map information is made publicly available by national governments.  For other parts, though Google has to form partnerships with private local, national, or international mapping services, or at least purchase the rights to use their map data.

This is especially the case with Satellite View, where the imagery is a combination of aerial photography and actual satellite imagery.  One of Google’s first partnerships on this front was with a satellite imaging company called KeyHole, but has expanded to include companies such as Tele-Atlas, Skybox, and more.

There is one part of Google Maps where Google collects most of the map information on its own: the Street View function.  Some of the equipment needed for getting the information in Street View was already on the market, but other pieces had to be custom-developed by Google itself.

How do the maps themselves work?

Have you ever wondered how Google Maps allows you to quickly change your current map view without having to reload the entire website each time?  The reason for this is because Google Maps uses a computer programming convention known commonly as “A.J.A.X.” (asynchronous JavaScript and X.M.L. [Extensible Mark-up Language]).  Basically, it allows certain functions of Google Maps to continuously load and run in the background, while not interfering with the screen you’re looking at until you’re ready to do something with it.  Then, it just runs the background function that you ask for on the main screen, and then starts loading and running stuff again in the background, in preparation for you entering another command.  Google Maps mostly uses the computer programming language JavaScript to do this, but it also used to use the program Adobe Flash (which works by using a variant of JavaScript).

Think about it in terms of a fashion show or a big-budget theatre performance.  Usually, when the models or actors currently on the stage are done with their parts and go offstage, the show doesn’t arbitrarily come to a complete stop so that the next models or actors to come on can get ready, or so that a certain moveable set piece can be set up.  Instead, most of this is done ahead of time, with people behind-the-scenes helping models and actors get into their new costumes, as well as setting up parts of the stage that will be interacted with before the scene even starts.  That way, while the audience is occupied with what’s happening on stage, people are working behind-the-scenes to make sure that the show runs as seamlessly as possible, with few major breaks in the action.

As for how Google Maps can find where you are in the world, there are two major ways that it does this.  If you’re on a desktop computer, when you connect to the Internet, your device is assigned a special code called an Internet Protocol Address (or I.P. address, for short) so that the places on the Internet that you go to know that your unique computer is trying to connect to them.  Different parts of this code correspond to different countries, regions, and cities, so Google Maps can use the information in this code to guess the general area that you’re in.

In addition, most modern mobile devices (including “smart phones”) are able to interact with Global Positioning System (G.P.S.) satellites, allowing them to calculate their position on Earth.  If you’re using one of these devices to access Google Maps, this is probably the method that it will use to find where you are.

How can users contribute to Google Maps?

For businesses and other notable landmarks on Google Maps, its users can often visit the pages of these places on Google Plus (a kind of social networking service by Google) and leave ratings, comments, and other information about these places.  If you’re a business owner, you can also add a location and other information about your own business to Google Maps by using a service called Google My Business.  See our How to Add a Business to Google Maps tutorial for instructions on how to do this.

Users can also add photographs of places they’ve been to Google Maps, whether they’re still photographs or “photo spheres” (panoramic shots that let you see 360 degrees around a fixed point).  This is usually done through a photograph-sharing website owned by Google known as Panoramio.

If a Google Maps user has a Google Account, they can even use the website to create their own custom maps to save and share with their friends! 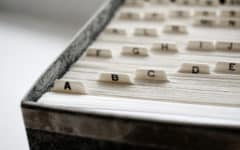 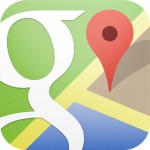