What is Internet TV?

“Internet TV” is a general term that refers to video content that is made available over the Internet. Some actual television channel companies offer this service as a way to watch live broadcasts over the Internet. Others, however, take a more “on demand” approach, meaning that you can watch television shows — and even movies — whenever you choose to. Internet TV services usually deliver content through the Adobe Flash Player, or through “streaming” technologies.

“Streaming” basically means that you are able to watch a video as it loads, instead of waiting for the entire video to load before you can begin watching it. The downside of this, however, is that you may experience interruptions if the pace at which the video loads can’t keep up with the speed at which you watch it. You may need to pause the video for a short while and let more of it load, and then continue watching.

While we did mention that Internet TV is generally less expensive than modern cable or satellite TV options, it can become equally as expensive (if not more so) if you fall into the trap of using it without paying attention to your Internet “data cap”. Basically, your “data cap” is the amount of information that your Internet provider allows you to transmit back and forth over the Internet every month. If you go over this limit, your Internet provider may charge you extra money on your next monthly bill.

Watching Internet TV takes up quite a bit of your “data cap”. So if you’re thinking about making Internet TV something that you use frequently, be sure to contact your Internet provider and ask them how much information you are allowed to transmit per month. See our tutorial on Netflix Data Usage for more information, including guidelines on how much data Internet TV uses, and how you can set limits on the amount of data that it uses.

There are some free Internet TV options out there, as well as ones that you must subscribe to and pay for if you want to use them. Some of the more popular ones include:

One of the most popular Internet TV services, Netflix allows users to watch as many hit movies and TV shows as they want for between $8 and $12 a month. Its library also features some original shows such as Orange is the New Black and House of Cards.

Check out our Netflix Course if you’d like to learn how to use Netflix.

Hulu is another popular Internet TV service that focuses mainly on TV shows. Users can watch a limited number of shows for free, or buy a monthly subscription (for about the same rate as Netflix) and get access to Hulu’s full library. Hulu tends to get episodes of current TV shows added to its library faster than other services, but it’s only available in the United States.

A free Internet TV service that lets you watch movies and TV shows from Sony and its partners. As a trade-off, users are shown commercials between movie and show segments, and available movies and shows change from month to month.

As of the beginning of 2015, this Internet TV provider had over 18,000 movies and 5000 full-series television shows available for on-demand watching. It is now owned by Wal-Mart. 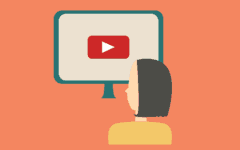 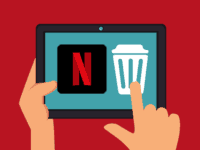