Home » Tech Basics » Internet 101 » What are Ethereum and Ether? 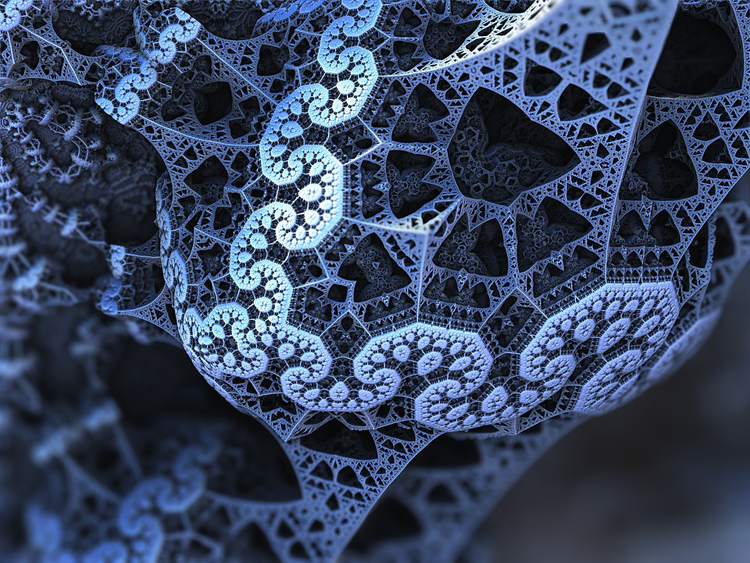 You’ve probably heard of Bitcoin, the world’s first digital cryptocurrency that is changing the way we look at money. But there have been many other derivative cryptocurrencies that have followed in Bitcoin’s footsteps. One of them is known as “ether,” the currency that drives the cutting-edge computer network known as Ethereum, which is changing the way computer programs are being written.

In this article, we’ll:

Ethereum is a decentralized system of computer programs, called “smart contracts,” based on blockchain database technology. They’re called “smart” contracts because they are coded to handle all of their own variables without outside interference, which the blockchain makes difficult to do anyway.

Think of smart contracts as functions on a vending machine. Once you put your money in and press the button for the snack or drink you want, the machine itself automatically gives you what you asked for. You don’t have to wait for an actual human to cook, package, retrieve, and/or deliver it, or to make change if you put in more money than what you wanted was worth. 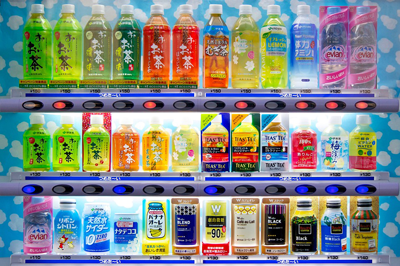 In addition, vending machines usually work exactly how they were programmed to. You get the same snack or drink every time you press a particular button. You get exact change if you overspend on an item. If you don’t put in enough money, the machine won’t give you anything, but it will usually tell you how much more you need and/or allow you to get a refund if you change your mind.

Contrast this with a human cashier, who may – innocently or not – give you the wrong item, or not give you enough change. Or, if they’re really dishonest, they may just take your money and give you nothing in return. If programmed correctly, a machine (or computer application) won’t make these mistakes.

“Ether” is the “money” used on the Ethereum network. It is used by application developers to pay Ethereum for hosting their programs, as well as by Ethereum users to access and interact with those programs. Ethereum users get paid ether for helping to run, and verify programs on, the system.

How does Ethereum work? How is it different from Bitcoin?

Computer application developers write programs that they want to run on the Ethereum network. Depending on how much computing power their app uses, they pay a certain amount of ether. Other users validate the program and get paid in ether, and the program is added to the Ethereum blockchain.

Ethereum differs from Bitcoin because Bitcoin’s blockchain database is designed to do one thing: process and keep records on payments. However, Ethereum’s blockchain database has been custom-built to support all kinds of other applications. People have been using Ethereum to create all sorts of programs, from electronic locking systems to digital certification tools – even a system that can control how an electric car charges so there’s no wasted electricity!

To get a view of the bigger picture on how Ethereum works, it may be useful to understand what a blockchain is and how it works, as well as how it makes a cryptocurrency like ether possible. We’ll cover both of those things before we go any further.

What is a “blockchain”?

A blockchain is a computer file storage system. It stores information on transactions (exchanges of currency, promises, records, etc.) in a growing sequence of encrypted containers called “blocks.” These blocks have their information verified by a majority of users, and are broadcast to all users. 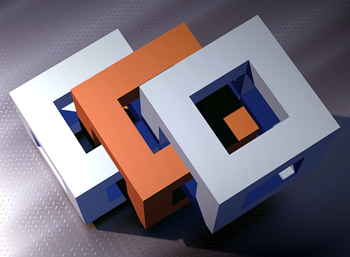 Blockchains are considered revolutionary because of two main qualities:

In addition, though not true of all blockchains, many are shared by their users with the rest of the Internet. This allows other people to look at how they work and borrow their ideas, all while the encryption side of things keeps private user data relatively anonymous and safe.

Websites like BlockGeeks.com and CoinDesk.com have further explanations of how blockchains work, if you’d like to learn more.

What is a “cryptocurrency”?

A cryptocurrency is a system of digital money that, most often, is used to reward people who work to keep a blockchain running smoothly. They can then spend this stored value on functions within the blockchain (or other things), sell it to other users, or trade it for another form of cryptocurrency.

If you need more information on how cryptocurrencies work, check out websites like BlockGeeks.com and CryptocurrencyFacts.com.

What is ether used for? What can I buy with it?

Ether is used to pay for running applications on the Ethereum network, and sometimes to do things within those applications as an outside user. As for what you can make on Ethereum, there are tons of possibilities: crowdfunding platforms, identity management systems, and even stock market games!

As opposed to a currency, ether is often referred to as a “fuel” that helps to keep Ethereum running smoothly. For example, application developers are inclined to make their programs as compact and self-sufficient as possible so that they use less computing power – and, therefore, cost less ether – to deploy. In addition, ether is offered as a reward to system users who check applications to make sure they’re working correctly.

How do I get ether?

Online cryptocurrency exchanges, like CoinBase.com, may have ether for sale. You can also trade other cryptocurrencies, like Bitcoin, for ether at these places. If you have the proper computer hardware and software, you can also participate in “ether mining” and earn ether that way.

You can see the current price of ether on websites like CoinDesk.com. Oh, and one more thing: you need something called a cryptocurrency wallet to store your stash of ether. We’ll explain what that is in a little bit.

What is “ether mining”?

“Mining” is a term used to refer to blockchain users verifying that the information in each block is correct. They do so with special computer hardware and software designed to solve the encryption on the blockchain. They are rewarded with cryptocurrency for doing so; in Ethereum’s case, ether.

Mining is an important activity in Ethereum for two reasons. First, it allows multiple users to continuously and independently check whether the system is working properly or not. Second, it discourages people from trying to cheat the system by compensating users for keeping the system running properly. 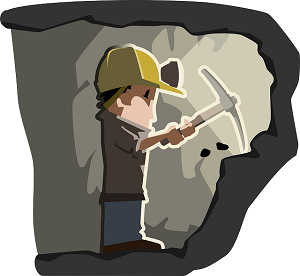 Remember, everything on a blockchain has to be done by consensus. This makes it very difficult for a person or small group to alter a blockchain for their own gain without being outnumbered and overridden by the majority of miners. Those miners are, after all, getting paid in cryptocurrency to do their jobs properly and make sure that all of the information on the blockchain is correct.

The website 99Bitcoins.com has a complete beginner’s guide to mining ether if you’d like to get in on the action.

What is a cryptocurrency wallet?

A cryptocurrency wallet is a computer program, web application, or physical object (like a memory storage device) that contains one or more pairs of key codes. One of the pair is a public code, used to identify you as a unique user. The other is a private code, used to authorize transactions. 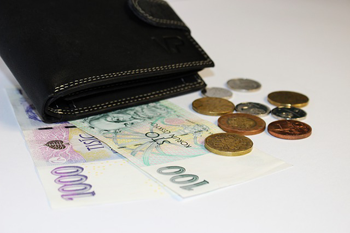 Are Ethereum and ether safe to use?

Ether is safe to use because, like most cryptocurrencies, your transactions are secured by your wallet’s encrypted keys. Also, your public key doesn’t reveal any meaningful personal information about you. Transactions also can’t be altered without agreement from the majority of Ethereum users.

However, there are a few things you need to be wary of when using Ethereum and ether:

Are Ethereum and ether legal?

Ethereum is definitely legal; it’s basically just a new way to run computer programs. Ether’s legality, on the other hand, is a bit murky. It can only be used on Ethereum, but it can also be swapped with other cryptocurrencies. And certain countries have generally restricted or banned the use of cryptocurrencies.

It’s important to remember that cryptocurrencies like ether are a relatively recent phenomenon. Bitcoin has only been around since 2009, and Ethereum wasn’t officially launched until 2015. As a result, laws regulating cryptocurrencies have been changing frequently as countries decide how to deal with these new forms of money.

Specifically, it is feared that the encrypted, decentralized, semi-anonymous, and tamper-resistant nature of cryptocurrencies will allow them to become difficult-to-regulate replacements for centralized national money systems. These qualities may also make them attractive for criminal activities, since transactions are difficult to undo.

According to the website CoinDance, cryptocurrencies are restricted or banned in these countries (as of mid-2019):

Well, that’s our introduction to the Ethereum computing network, including what it does (or, more accurately, what it can do) as well as how the cryptocurrency known as ether helps to grease its wheels! If you want to learn about other cryptocurrencies like ether, such as Bitcoin, we have articles that cover them, too! And if you’re looking to do business on the Internet, be sure to peruse our many other lessons for buying and selling online! 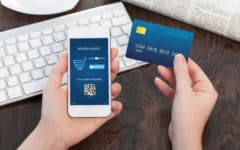 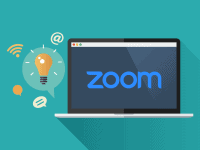 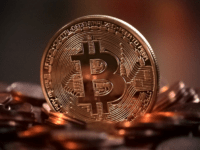