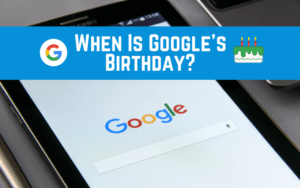 Google is one of the largest companies that has a presence on the Internet, and chances are, if you’re online, you’ve probably used one of their products or services; you probably even used it to find this article! Beginning with the Google Search, a simple search engine to help you find what you need on the Internet, it has grown into an absolute online giant, showing billions in profits year after year. If you want to get the scoop on Google, and what they’ve been up to for the past twenty years, we’ve got you covered.

In this article, we want to give you the entire rundown on Google’s history, and what Google.com has done to become so popular today. We’re going to answer the following questions:

Read on to have all your Google-related questions answered!

When was Google born?

Google’s birthday is September 27, and it was created in 1998. It’s official founding date is September 4, 1998, and it has many other milestones that could mark its “birthday.” Choosing one specific date is difficult, though because of Google Doodles, 27 September is accepted as its birthday.

In 2018, Google celebrates its twentieth birthday, and we’re sure to see a neat Doodle for that date, and great Doodles year after year to remind us that Google is still alive and well.

Google’s best services you should get on board with

We’re going to assume you already use Google’s search engine, because there’s no questioning that it’s the best option out there. But here are some of the other best services available to you, that we would recommend you start using.

Gmail, as we mentioned above is Google’s email service. Not only is it superior to many other email services due to its spam protection, sorting and organizational integrations, and syncing of calendar and contacts, it also allows you to have a Google account that you can use for other services (such as the ones we mention below. If you want to learn all about what Gmail has to offer you, be sure to check out our free Gmail course.

Google Maps is the best online resource for mapping, for the entire world – for the average users. Not only does it contain standard information including street names, addresses, and navigation, but it also has information about businesses and services including hours of operation, customer ratings, websites they operate, and more.

On Google Drive, you can store information on the cloud, using Google’s reliable servers. With your Gmail account, you can access your free Google Drive, and upload files: documents, images, spreadsheets, video, and anything else you need to keep a copy of. You can also share your folders and files with other users, or even with shareable links on the Internet!

Don’t forget to check out our Google Drive course if you want to learn more about the great perks of using it!

YouTube.com is one of the world’s most popular websites, and contains endless hours of entertainment with video content provided by its users. Many businesses and online personalities take advantage of YouTube as a profit center, as it is a great way to get information out there, especially if what you have to offer is visual, and words just can’t capture it as well as video.

Google AdWords is the service offered for businesses and services to advertise on Google product pages. By paying fees, your business is promoted through Google Search, so more people find what you do than ever before.

Google AdSense is the service offered that allows businesses to customize the ads on their websites to the user who is accessing it. These ads are reviewed to ensure they are high-quality, and they are customizable, so you can block things you don’t want to see.

The Android OS run Android devices such as smartphones and tablets. It is one of the most popular devices on the market, and is quite competitive with iOS devices. With Android, you have seamless integration with all of the Google services you use, and can use the intuitive system to navigate through your daily tasks.

Google Chrome is an Internet browser, and is perfectly integrated with Google Search. You can use the address bar to visit any site, or to Google something you’re looking for. You can easily organize your bookmarks, customize the design and layout of your browser, and add browser extensions on to help connect Chrome with other services you use.

And now you know everything about Google! Don’t forget to check out the rest of our site where we have information about other great research tools, and more helpful articles about Google products and services! 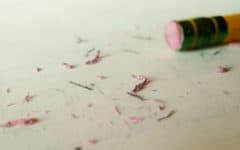